Knowing your Costs as part of the Print MIS Implementation Process 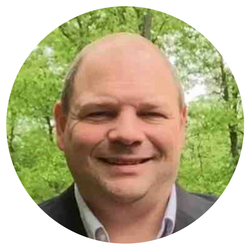 Implementation as the Hard Truth

Those who have worked with an Avanti Implementation Specialist will know that they are very particular about making sure that as part of the implementation process, that your actual costs are calculated. This may actually cause a bit of friction, or at very least a prolonged discussion. I wanted to take a few moments to outline the reasons for this approach, while sharing a story that illustrates why this is so important.

The costs that tend to be the most “soft” or imprecise are the budgeted hourly rates for production tasks. There are a number of reasons for this. The first is that they simply do not know. This used to be more common, but thankfully, due to more available tools and resources (see below) this is less often the case. How shops get away with this is that they are generally aware of what the shops around them are charging for similar work and are pricing to be competitive. While this sounds reasonable at first, there is often a drastic difference in financial makeup between shops, or even in one shop in different time frames. Keeping up with the shops in the area works great if you know your operating costs but can be disastrous if you do not.

Another reason that people will often build out their ERP systems with inaccurate costs is that they are afraid that somebody else will “learn their secrets” and be able to compete with them if they should go to another company. The points above about the financial makeup of a printing company should defuse this thought process, but it is one that is still common to run up against. Often people are unwilling to share their costs with their Implementation Specialist, which has always been worrying to me, as their I.S. is generally going to look after the interests of the printing company, being invested in the success of the project.

The Impact of not Building Using Actual Costs

Almost universally, one of the goals of bringing on an ERP solution is to allow people to be more productive and to automate all of the mundane tasks of moving print work through the shop. With that in mind, what happens if your costs are not accurate in your ERP system?

You no longer have one “source of truth” that the company can rely upon for insight and information. This becomes a mix of the information in the system, filtered through the owner’s head. This means that no costing reports, profitability reports or any financial report from the system is accurate without first being interpreted by the owner. What happens when this scenario plays out is that the owner and the other members of the team all have less free time, instead of more, which is usually one of the desired results of a new system. This leads to stress and distrust as multiple people have to touch every order in order to get a fix on how the company did on that order, how the company did that month, or year for that matter.

One of the benefits of a well implemented ERP system is that it allows you to make decisions based upon the data that the system offers. If the system is poorly set up, it can lead to decision paralysis, where nobody is empowered or able to make effective decisions without the owner, and even if they are making money, nobody can quite pin down how.

What Happens when you Know your Costs?

When a company knows their costs, the reporting data that comes out of the system provides a snapshot of the health of each order that a company processes. Having this information on the micro level (what each task cost, what the material cost etc.) allows for information at the macro level to come together. The ability to track which types of work are more profitable, and which should be either marked up more, or left off the table altogether becomes a very powerful tool. With this type of data, a company can adapt quickly to their situation daily. One example of this is capacity reporting, which gives a company the ability to adapt to when they are at or nearing capacity and shift their pricing strategy, marking work up as they know their monthly expenses are met, and that capacity is at a premium, and potentially bringing in more profitable work.

I want to share a story that shows the power of this type of awareness. It was a number of years ago, and I was working through the first week of an extended engagement with a quickly growing commercial plant in the western US. I had been there for a few days and the estimating data was all entered and calculating. I had job specifications and had asked for them without pricing so we could do some blind testing of the data. As is typical a good portion of the data was for orders from the plants higher volume customers and as we ran the numbers and produced estimates, I could see that the owner (let's call him Dave) was getting more and more agitated. After a little bit of this we stepped away from the keyboard and went outside with a few of the pricing sheets.

After some small talk, I asked Dave what was bothering him, and he told me that all of the quotes are wrong, and that they are all coming out about 10–15% high. We took a while to review all of the costs on the estimates, including the materials, the speeds, spoilage and hourly rates and they all checked out. The markups were all where he wanted them, and he could not figure out why everything seemed high.

Something was very wrong.

Building Out a Plan

We wrapped up implementation for the day and went to dinner, and continued our discussion, where Dave gave me the background of the companies that these order samples had come from.

In 10 years, the company had grown from a shop with a pair of duplicators and 2 4-color tabloid sized presses to having enough work to buy a shiny new 6-color Heidelberg CD102. In that time, he had built his business with a core group of about 15 customers who had been with him since the beginning, and currently made up about 50% of his annual sales. The good news is that Dave had loyalty to the companies who had been with him a while and was able to leverage those relationships into a large volume of work that kept the shop very busy while letting him expand his operation. This expansion however, had Dave incurring additional costs while material costs also rising over that period. These 15 customers that made up his core business and 50% of his work were now running at a 5–10% loss, with the other half of his work making up just enough of the difference to keep him just above breaking even.

It turns out that the numbers we were seeing in the estimates were accurate, but did not reflect the negotiated pricing that Dave had been giving his customers and had not renegotiated in the past 10 years. Each of those orders that came in at between $500–1000 were each losing around 7%. Dave was just barely covering payroll each week, and was taking home less to cover any shortfalls.

Now it is not uncommon to find a company that is in a similar situation, and we had a very frank conversation on how he should approach this challenge. Here are some things to keep in mind.

When you are putting a plan together to change your business, be objective. There may be a lot of emotion and history there, but it is important that the business remains healthy, You need to pull data together to allow you to quantify the impact of the moves that you are making, know what is going to happen and why, and understand what steps you will take after your plan goes into place. It is also important to document what actions were taken and the results, so that if you need to look back you will have the information available.

Getting back to knowing your costs and building a system that will help you accurately monitor your business, it is important that while you build out your trusted system, that you are able to take the proper steps to secure any sensitive information. You must be able to give your team the access to the information they need to make decisions, while not exposing data that they should not have access to. It is important the system you are using gives you this level of control.

How to Get Control

While building out your system, take the time to accurately calculate your costs. Pull records from your suppliers for current material costing and get the tools together to calculate your Budgeted Hourly Rates (BHRs). There are a number of tools to support this including:

Another thing to consider is how you are allocating overhead expenses. These expenses often include administrative expenses and payroll and other expenses that are generally distributed across the enterprise. Many systems allow for this overhead to be allocated into each production operation. While this can be very accurate, when done properly, this often ends up creating a balancing act of trying to keep overhead evenly distributed, while trying to ensure that the burden is placed on the operations that are either the most common or the most profitable.

Another approach to this is to use “above the line” markup to assign overhead. This allows for visibility on an estimate or an order to actual production expenses, the markup that is allocated to offsetting the overhead, a bottom line markup that provides the negotiating range that the sales person has and the final selling price. All of these data points are important factors when making decisions and having them visible up front on an order allows for incredible control.

Back to Dave, what was the result of our discussion?

Dave decided that based on the data that we’d put together, he would be meeting with his key 15 customers and have a difficult conversation, essentially requesting that he be allowed to recalculate their contracts to encompass the changes that had occurred in the prior 10 years.

For those who are implementing a system and are struggling with the idea of “laying it all out there”, this may be a big change. Change is not always bad. Planning for the changes and quantifying the impact is key to working toward a successful end result. Dave was able to make the moves he made because he had the data in place to make an informed decision and the willingness to have some tough talks with some of his customers. What would you be able to do given the right information?

At Avanti, our goal is to help you deliver more jobs, in less time, with the confidence in knowing that every aspect of your shop is integrated into one powerful platform. Since 1984, Avanti has provided innovative, award-winning Print MIS solutions that help print shops and marketing communication organizations automate all facets of their business and cultivate a more meaningful customer relationship. Avanti’s solutions are the most open in the industry; are JDF-certified, fully integrated, and extend from online order entry through to production and billing.
GET IN TOUCH
Contact Us
Contact Sales
Contact Support